I wasn’t entirely sure about wanting to go on a mine tour in Potosí. Every backpacker I met said it was a ‘must’ and I think half the population of Argentina had made a stop at Potosí while on their way to Machu Picchu, for exactly this reason. 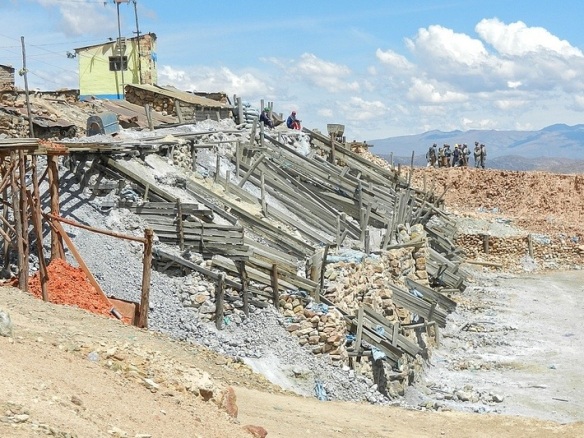 But then I heard about Big Deal Tours (formerly Real Deal). It’s the only tour company organized and run entirely by ex-miners (some of whom used to work for another company) and consequently, all the profits go directly to the guides themselves. I decided that if I was going into the mines, this would be the way to do it. The fact that there was a tiny puppy sleeping on the desk in their office may also have influenced me.

We started off at the miners’ market to buy small gifts for the miners we’d meet. Our guide, Pedro, explained that gifts you can share (coca leaves or soft drinks, for instance) are better than buying something for just one man. 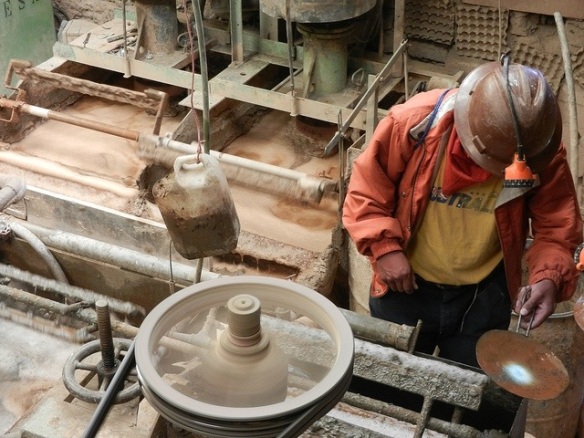 Next we put on protective clothing before visiting a processing plant. I was impressed they had a size to fit everyone – even the young Bolivian kids who were taking the tour with their parents and the lanky Australian with huge feet. 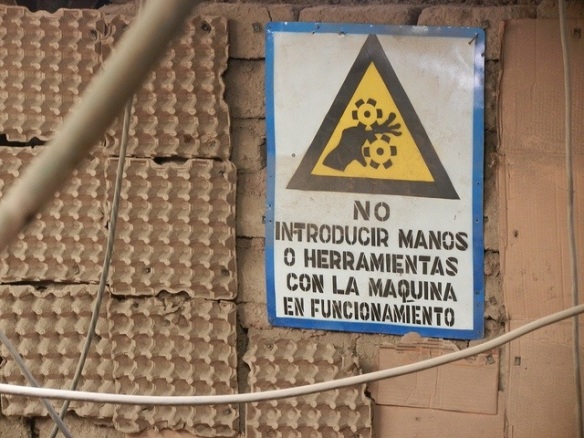 After learning about the process of metal extraction, we took a short bus ride to the mine entrance (with a one minute stop for a panoramic view of Potosí). For the next two hours we hunched over and trudged through underground tunnels; muddy, humid and incredibly dusty.

It made my back ache, but the only really difficult part was climbing up a cramped set of rickety ladders. We stopped plenty of times along the way, both to have a rest and to listen to Pedro as he explained more about the mine. We offered some 96% alcohol to Tío. We drank a few sips as well, and I actually found it to be not that bad (after just climbing three vertical ladders in a very small space where I couldn’t see above me, perhaps I needed something to steady myself). 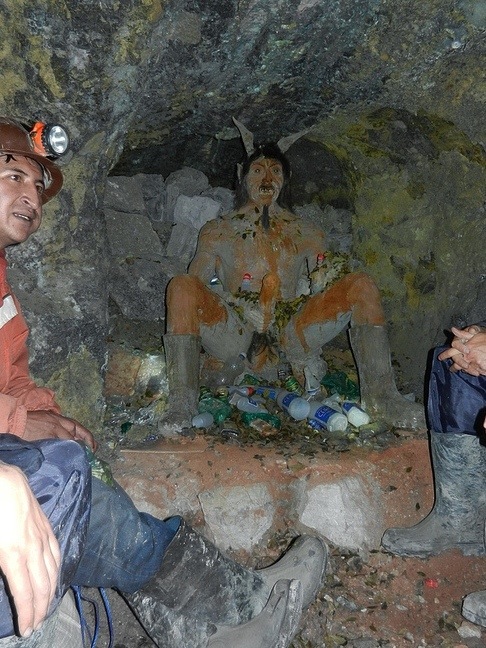 There weren’t many miners working that day as most were out playing football or waiting for the air to clear after the explosions they had made earlier on. There were rail tracks in some tunnels, but the carts are all pushed by hand; Pedro explained that miners didn’t want to use much modern technology because it would mean job losses. I can’t help feeling this echoes a general Bolivian sentiment. Just recently in La Paz, the minibus drivers were striking in protest over reforms meant to improve the public transport system but which might require less drivers.

We emerged on the other side of Cerro Rico mountain and Pedro prepared a dynamite explosion for us (which the Australians had bought at the miners’ market). I’ve heard dynamite plenty of times now during protests in La Paz, but I’d never seen an explosion. The rest of the group jumped, but I didn’t. Probably because I was concentrating on getting a photo.

I can’t say if Big Deal Tours is better than other companies because this is the only tour I’ve done, but I suspect it is. The guides were amazing – informative and incredibly entertaining. The set-up was professional and the tour itself not too difficult or discomforting. Also, knowing that these are people in control of their own jobs and earnings, who have good relations with the working miners and who are working with young kids whose parents want them to get into tourism instead of mining, makes it feel worth spending twenty Bolivianos more than the tour offered at my hostel.

Big Deal Tours
Cost: 100 Bolivianos per person
Address: 1092 Calle Bustillos (at the corner of Bustillios and Ayacucho)
Time: tours leave at 8:30am and 1pm