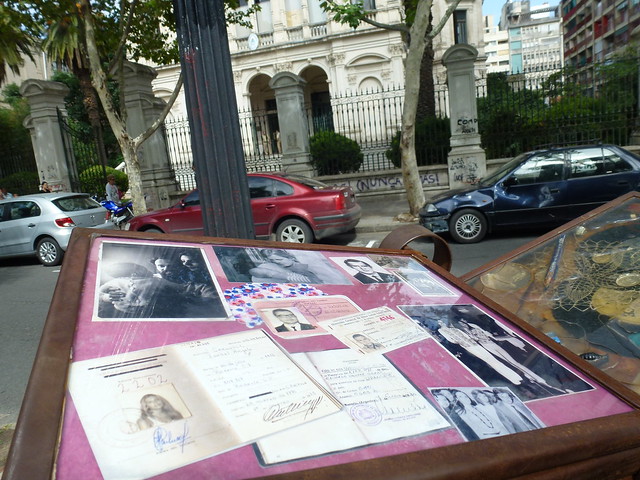 memorial to the disappeared, Rosario

From 1976-1983, thirty thousand people disappeared in Argentina. They were left-wing guerrillas, political dissidents and activists. They were students, journalists and trade unionists. They were ‘disappeared’ by the military dictatorship and even today the official figure on the numbers involved is only 13,000. They left behind children.

The children were given new identities, illegally adopted by families sympathetic to the government, with no clue about their biological heritage. 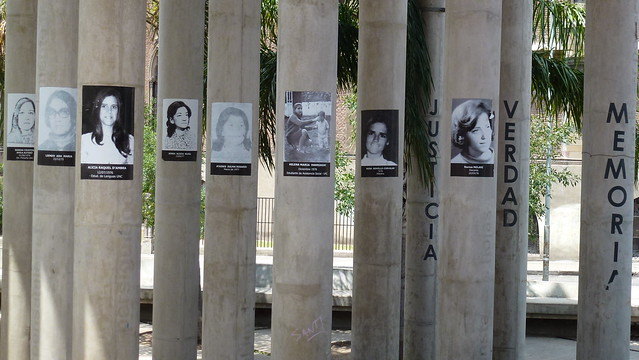 memorial to the disappeared, Cordoba

When we visited Argentina, we saw memorials to the disappeared in several cities, but I didn’t know, or even consider, what became of their children.

But erasing an entire generation and stealing the identities of another, wasn’t the end. The parents of the disappeared still remembered, and since 1977 have been campaigning to find the stolen children and annul the illegal adoptions. Through family records and memorabilia, personal investigations and tip-offs, genetic testing and international help, the Grandmothers of Plaza de Mayo have located more than 100 of the estimated 500 missing children.

Jorgelina and Hilario are just two of these children, but their stories show just how complicated reclaiming an identity can be.