This is what a three pound haircut looks like. To be precise, £3.12 or 35 Bolivianos. It costs slightly less than a meal out in a ‘nice’ restaurant and slightly more than my hourly wage.

Peluquerias are everywhere in La Paz. I chose this particular hairdresser’s by a process of elimination. There are five places within five minutes of my house. The first two happen to sit on either side of a canine peluqueria. For some reason this rather put me off. The next place looks like this: 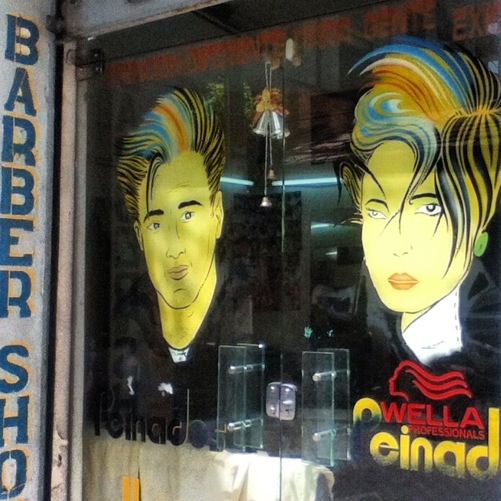 I never made it to the fifth place because the fourth place was empty and I figured it had to be better than the previous three. Its windows are covered in cutouts of American celebrities. I figured if they could cut paper so precisely, they could probably cut hair well enough too. I’m not fussy.

And that was it. I showed the hairdresser a picture of me with the short, feathered cut I had last year. She wrapped a silver cover around me – which handily had holes for my hands – and plonked a celebrity magazine on my lap. Then she was off. With a spray bottle of water, scissors, a razor, and thirty minutes she transformed my shapeless, tangled mane into a nice textured bob.

I have to say, it was one of the best haircuts of my life. No, it didn’t include the head massage I used to get from my Taiwanese hairdresser, nor the vibrating chair in my London salon that massaged me while my hair was washed. But for the speed and efficiency with which she worked, and the £3 price tag, I don’t think it can be beat.

Here’s some before pictures, so you can really appreciate the workmanship. 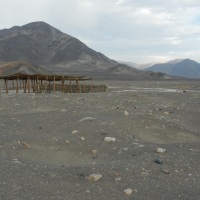