Nasca airport. A grey strip of concrete in a dusty, grey desert landscape. I’ve just returned from a twenty-minute flight in a tiny plane to see the Nasca lines. Staring out the window as the plane tilted dizzyingly to one side and then the other, the pilot’s crackly voice announcing which image we could see, I traced the familiar images with my eyes.

You see, I’d wanted to visit the Nasca lines since forever. When I was young, I had a book called ‘The Unexplained’ (which I read to the point of obsession). The lines were in a pseudo-archaeology section about Earth Mysteries. When I found out they were real and I could actually see them (unlike fairy paths and ley lines), I was amazed. When I decided to go to South America, I realized I actually had a chance. And so we went to Nasca and I took an expensive plane ride to see what I had already envisaged so many times before.

Despite studying archaeology at university, I don’t know much about the lines. They were created by removing rocks from the surface of the desert to reveal the different colored soil underneath. Their use is unknown: current theories suggest they’re processional paths used in water and fertility rituals. Or astronomical calendars. Or irrigation systems. You can see why they might end up in a book of The Unexplained.

I suppose my imagination tends towards grandiosity so I was surprised not at the lines themselves, but because the desert was so small. From up in the plane I could see green river valleys and irrigated farmland. I had no idea that the lines were built on a plateau. What was even more surprising is that earlier I had walked a couple of kilometers between the man-made and natural miradors and couldn’t see the curve of the road only a few kilometers ahead, let alone the edge of the desert. Walking from the hills on one side to the edge of the plateau on the other would have been hot and dusty, but looked completely doable.

I wonder how the people who made the lines viewed the landscape, how far they travelled and how regularly. Seeing the lines in situ has transformed them into something far more concrete to me than they ever were before. But they’re also now more intriguing.

I flew with Aero Paracas for $85, in July high season. Flights run from 8-11am and it’s possible to turn up and get a flight same day. 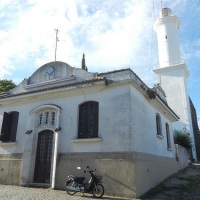 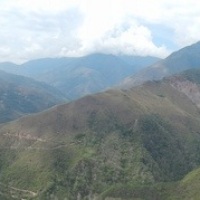 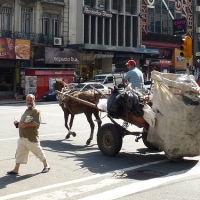